I travel because I need to…Because my wild, adventurous spirit can’t live according to the “norm”. I travel to regroup, to reinvent myself, to be the best me I can be, to find joy in the ordinary and peace in the exploring. I travel to be. – Unknown

One of our most favourite quotes ever. Travel is a way to turn off work and switch on life. Learn, play relax and adventure. The ultimate way to nourish the soul and keep up the motivation to continue succeeding in life.

Here are our top 10 Inspirational Places to Visit

1.The Louvre, Paris
If you’d rather experience culture than simply nature, you should try visiting a place where some of the finest art in the world exists: the Louvre. The Louvre is in Paris and it is one of the most visited museums in the world. It houses nearly 35,000 pieces of art including some considered timeless masterpieces such as the “Mona Lisa.” This art spans from the 19th century as far back as prehistoric times.

2. Italy
Italy, folks. Just … Italy. Are you an epicurean traveller, looking to sate your appetite with some of the best food the world has to offer? Are you an art lover, looking to see the most important masterpieces out there? Are you a lounger, hoping to recline on some of the most stunning beaches under the sun? Are you a history buff, hoping to gain some insight into one of the most important and influential cultures throughout time? Then you need to hit Italy. Rome, Venice, Capri, Florence, Bologna, Sicily and Milan are just for starters. From top to bottom, each region of the country is distinct, beautiful, inviting and wonderful in every single way. 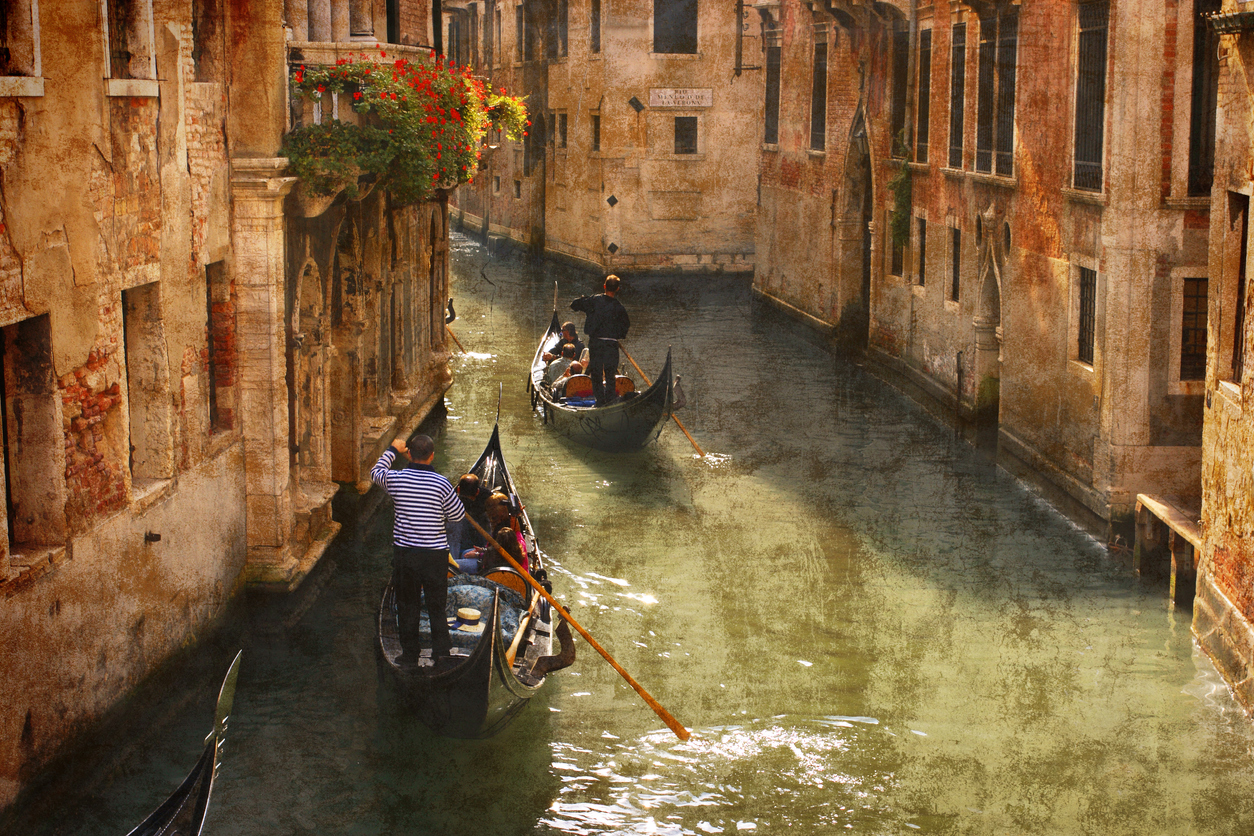 3. Cliffs of Moher, Ireland
The lush, green landscape of Ireland contrasts sharply with the stark, steep Cliffs of Moher on the southwestern coast. Standing more than 700 feet above the crashing waves of the Atlantic Ocean, these cliffs have been around for more than 300 million years. A walk along the eight-mile path reminds us of what a tiny place we occupy in this great, big, beautiful world. It’s hard not to feel a sense of tranquillity wash over you as you watch the ocean waves crash upon the coastal cliffs.

4. The Great Blue Hole, Belize
You don’t truly know the color blue until visiting the Blue Hole. Once you enter the beautiful Belizean waters, you’ll see more shades of blue than ever before. This giant limestone sinkhole is the second largest barrier reef in the entire world and is home to stalactites and stalagmites. The deeper you dive into the magnificent Great Blue Hole, the more you’re rewarded with greater aesthetic inspiration. While you can only stay down at a depth of 130 feet for a few minutes, those minutes will be some of the most awe-inspiring views of your life.

5. Angkor Wat, Cambodia
Built more than a thousand years ago, Angkor Wat is considered by many to be the most important archaeological find of modern times. Originally built as a shrine to the Hindu god Vishnu, Angkor Wat, or “Temple City” as it’s translated, has been used as a Buddhist temple for most of its existence. Sprawling across more than 150 square miles, Angkor Wat is a collection of temples unique on the face of the planet. The magical location is still visited by holy men, and a simple stroll through the silent grounds is more than enough to see why.

6. Giza, Egypt
Few destinations the world over capture the spirit of human ingenuity like the monuments erected at Giza. While there’s more than enough culture in Egypt’s third largest city to keep the average tourist thrilled, the big draw belongs to the area’s ancient towering pyramids. More than just massive stone structures, these grave sites demonstrated a grasp of math, science, and engineering that seems impossible for the people living at that time. The pyramids, the Sphinx, the Valley of the Kings, they’re all gorgeous architectural accomplishments that must be seen in person to be truly appreciated. 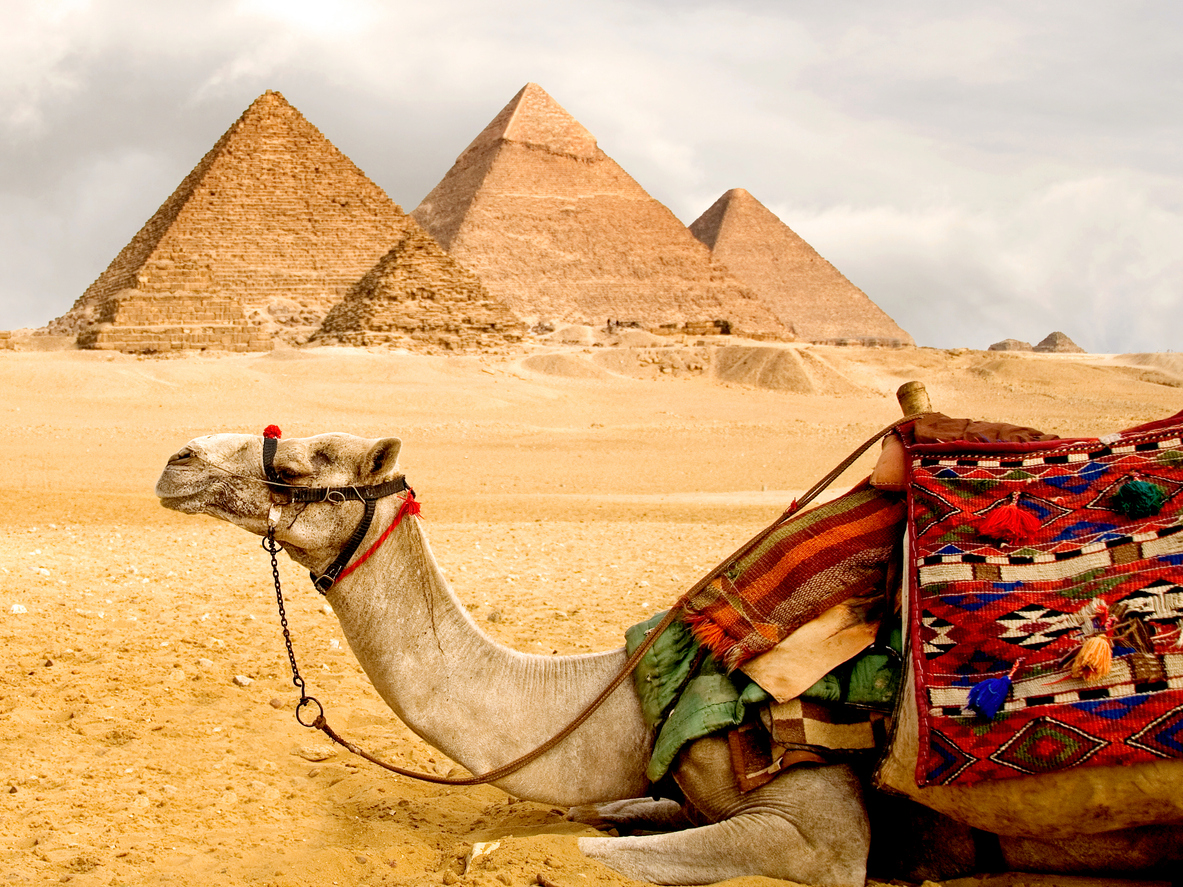 7. Taj Mahal, India
Built in 1632 as a grave site for an emperor’s most beloved wife, the Taj Mahal is a gorgeous white marble mausoleum that’s been embellished with a fortune’s worth of tastefully done designs in jade, crystal, lapis lazuli, amethyst and turquoise. The power of emperor Shah Jahan’s love for his wife is still on full display at the Taj Mahal, which remains — thanks to the Indian government’s help — as pure and beautiful as it was when the final stone was laid

8. Serengeti, Tanzania, East Africa
The vast ecosystem of the Serengeti is in East Africa. It spans at about 30,000 square kilometers and the name Serengeti from the Massai Language means endless plains. This region is in northern Tanzania in Africa, extending to southwest Kenya. The Serengeti Park hosts the large mammal migrations and is popular for its African Safaris. 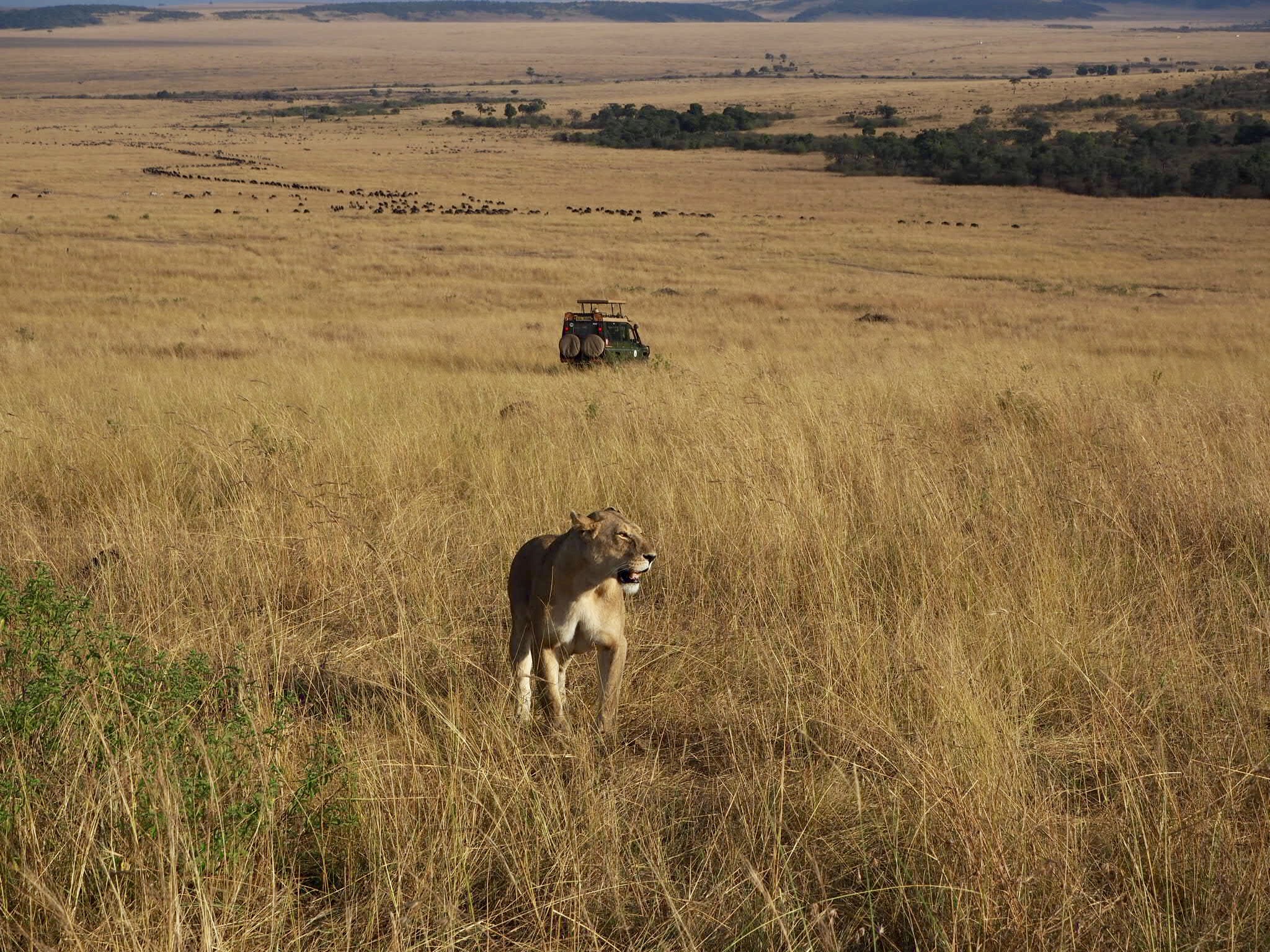 9. Machu Picchu, Peru
Machu Picchu truly is the gem of Peru. Cradled in the heart of the Andes, the area was once the heart of the Incan Empire and today an array of remnants remain, telling the complex story of the history of the Incas. Shrouded by mist and surrounded by lush vegetation and steep escarpments, the sprawling Inca citadel of Machu Picchu lives up to every expectation. In a spectacular location, it’s the most famous archaeological site on the continent, a must for all visitors to Peru. Like the Mona Lisa or the pyramids, it has been seared into our collective consciousness, though nothing can diminish the thrill of being here. This awe-inspiring ancient city was never revealed to the conquering Spaniards and was virtually forgotten until the early part of the 20th century.

10. Aurora Borealis – Iceland
Aurora Borealis, often referred to as the Northern Lights, comprises a natural light display in the sky. They occur as a result of collisions between electrically charged particles from the sun entering the earth’s atmosphere. Pale green and pink are the most common colours however, shades of violet, green, blue, yellow and red have also been reported. Taking many forms, they vary from streamers, arcs, or rippling curtains to scattered or patchy clouds which beautifully illuminate the sky with an eerie glow. Iceland features amongst one of the best places in the Northern Hemisphere to witness this stunning natural phenomenon.