In February 2019 a then 8-year-old, Xavier Neil was introduced to a fundraiser called Surfebruary by a family friend and cancer survivor. SurFebruary is a fun annual event in February, where participants raise money for cancer research by catching a wave or getting in the water every day – rain, hail or shine. 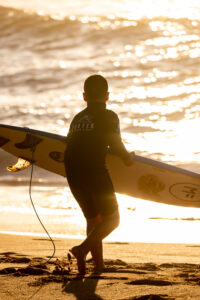 Originally meant to be a small life lesson for Xav, he and dad, Ben, set a target of $1000 and achieved this in just 24 hours. With the help of Newcastle locals including generous support from Murray Howe of Murrays Brewery and local artist and friend Mitch Revs, Xav raised $12,534 and was the highest fundraiser for that year.

Importantly it created a ripple – Asking Ben if raising all that money would cure cancer, he was sadly told no. Xav wanted to know what else he could do to rid the world of cancer. 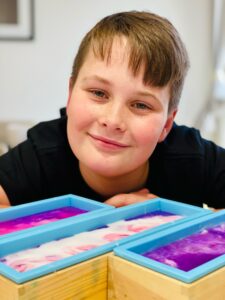 Xav and mum, Emma, had been making soaps and lip balms on weekends for fun and from this the idea of Good X Karma was born. A passion project for Xav to sell handmade soaps and lip balms, donating all profits to Chris O’Brien Lifehouse COBLH – specialist cancer care and research hospital. 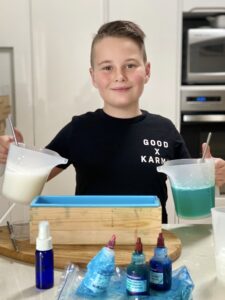 With heartwarming support from local businesses Xav’s fundraising soap and lip balm were stocked in over 25 businesses and here at  www.inspiredtraders.com.au 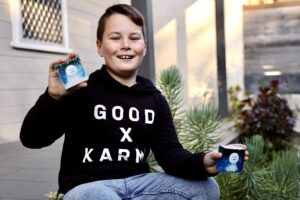 In addition to Good X Karma soap and lip balm, one of Xav’s biggest supporters Newcastle artist, Mitch Revs, designed a series of Good X Karma T-shirts for Xav. The Tee’s selling out at each print run with all profits going to COBLH. 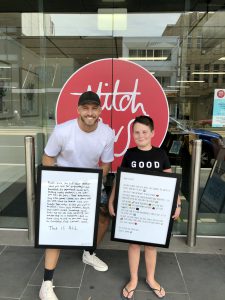 In February 2020 Xav was approached by Surfebruary founders Jenna and Ronny Kent to be an ambassador for Surfebruary and build an increased awareness of the fundraiser in Newcastle.

The 38 people joining the Surfebruary 2020 Newcastle team included school friends, rugby and jiu jitsu mates, family friends and people who had been touched by the ripple of seeing what Xav achieved in Surfebruary 2019 and collectively over $39,000 was raised. 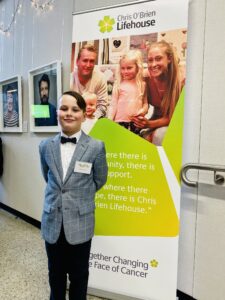 With generous and creative support, including Murrays Brewery producing a Surfebruary beer with all profit donated, Xav managed to personally raise $12,796. A now 9-year-old Xav had raised over $25,000 for Lifehouse through SurFebruary. 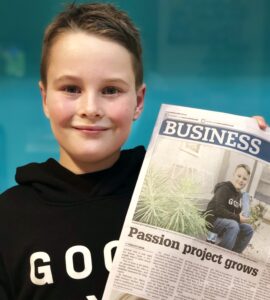 Whilst Covid had impacted sales of soaps and lip balms, Xav achieved his fundraising target for Good X Karma in September 2020, raising a total of $20,000 for Chris O’Brien Lifehouse!

Xav’s fundraised donations total an incredible $63,000! After achieving his goals, he was given the choice to take a break from fundraising efforts. Showing no hesitation in wanting to continue his charitable journey Xav remains focused on doing his bit to rid the world of cancer 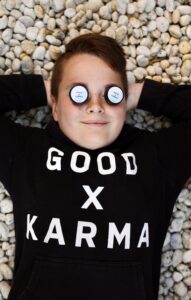 Now 10 years of age, Xav has been asked to again be an ambassador for Surfebruary in 2021 leading a team of 80 local surfers and swimmers. With the help of mum, he will continue making soaps and lip balms to raise funds through his passion project.